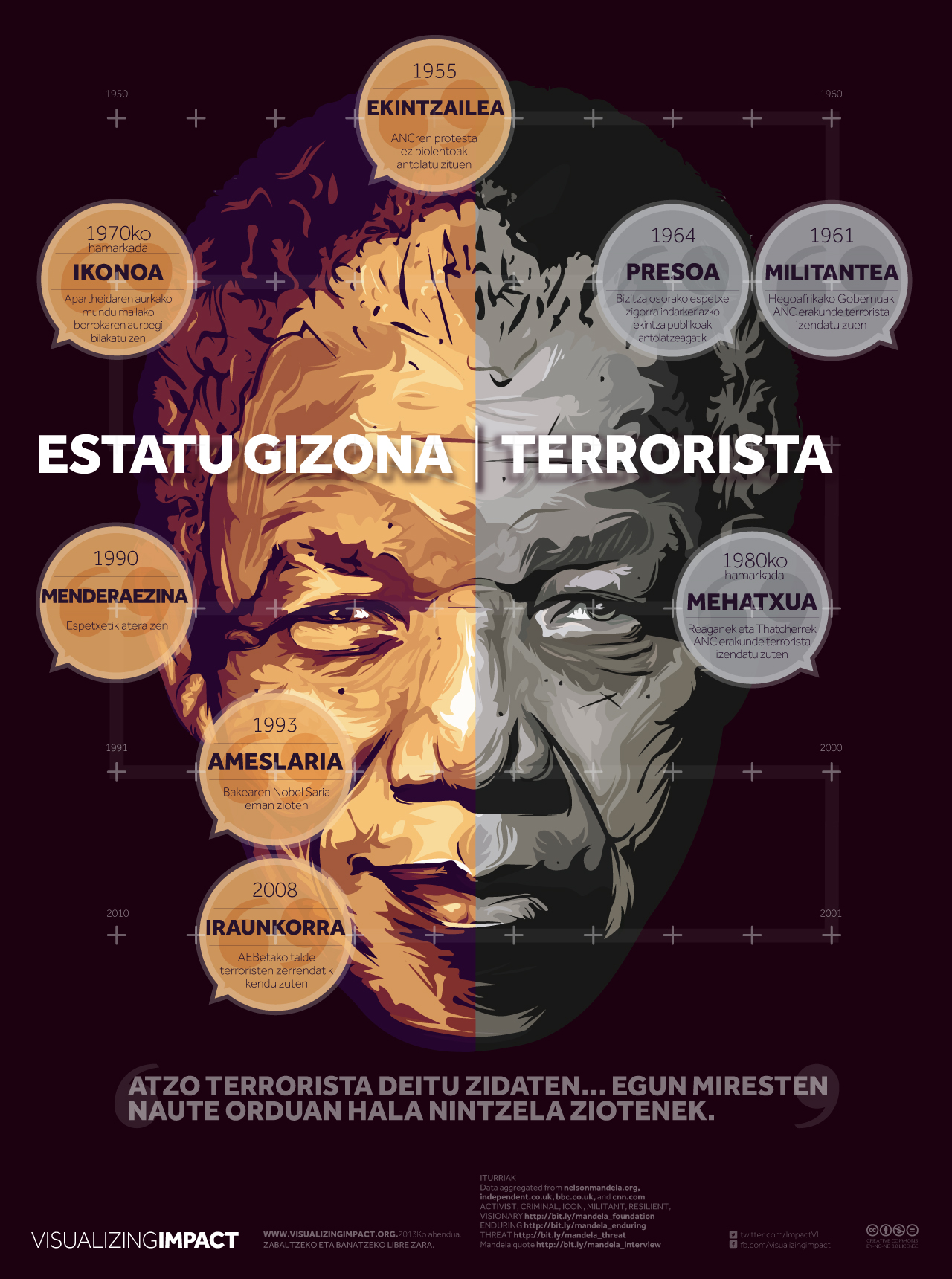 On Sunday 15 December 2013 Nelson Mandela’s funeral was held in his childhood village of Qunu, South Africa. To commemorate the occasion, this visual reflects on a man who, despite tremendous adversity, played an incomparably important role in the struggle for freedom and human dignity worldwide. Mandela’s so-called “walk to freedom” was never an easy one. It spanned most of his 95-year life, during which he was simultaneously vilified and exalted. Although Mandela’s 27 years in prison are in no way forgotten, we often fail to remember that during those decades, and for many years after, Mandela was also seen by members of the international community as a radical. Throughout the anti-apartheid movement, Mandela never failed to see himself as part of a larger movement, one that encompassed the right to self-determination everywhere. He will be remembered not just as the man who united South Africa, but as a guiding light for all who seek social justice. 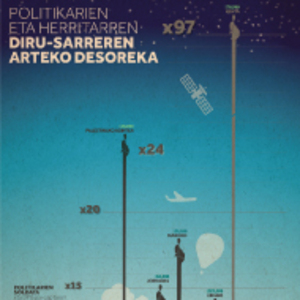